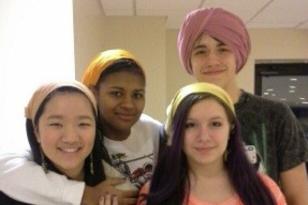 ​​Why do we need programs like Garden State MOSAIC?

The United States has been rapidly becoming more religiously diverse, and Americans are struggling to come to terms with this new reality. A series of tragic events that have taken place recently highlight the need to build a better appreciation for people from diverse faiths and belief systems whom we encounter on a daily basis.

We feel that our society must take proactive steps to eradicate the fear and hatred that often stems from a lack of knowledge, and replace it with an appreciation of the richness inherent in a diversity of faiths and belief systems. We need to convey a celebratory attitude towards the multiplicity of religions and cultures amidst us instead of a fearful one that comes from viewing our differences as a threat.

To paraphrase Eboo Patel, whose voices do we want our kids to be influenced by – the religious totalitarians or those who believe in pluralism and interfaith dialog?​